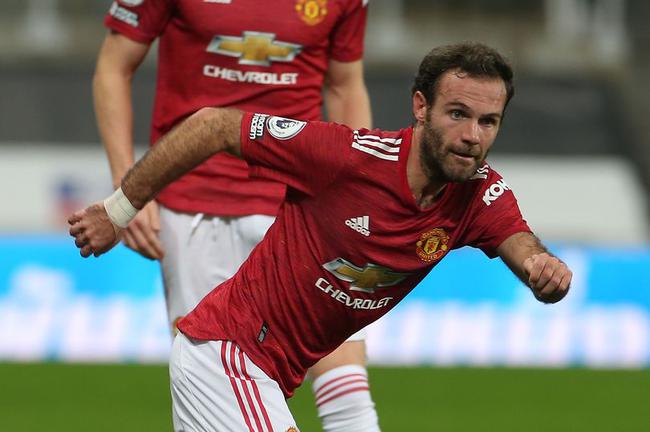 There is such a player on the football field. Everyone is not optimistic about him, his chances of playing are always limited. But you never hear him complain, whether on or off the court, he always acts like a real gentleman! Every time you get a chance to play, you will always see him put in 100% hard work and work hard to prove his worth! Mata is such a player.

Considering the recent intensive schedule, Solskjaer made a relatively large adjustment and rotation of the lineup in this campaign. Mata entered the starting lineup and served as the right midfielder. His performance did not disappoint Manchester United. In this game, Mata's pass success rate was as high as 94%. There were 34 passes in the offensive zone, creating 3 scoring opportunities and using corner kicks to assist Maguire. Scored the equalizer goal.

Previously, British media reported that Mata rejected the invitation of the Saudi team to offer an annual salary of 20 million euros. In fact, many media and fans believe that it is entirely reasonable for Mata, who is not the main player at Manchester United, to go for gold. But Mata also wants to stay in the top European leagues, and more importantly, he also wants to win a championship trophy with Manchester United. He believes that Manchester United have such strength, and he himself can contribute to it.

Mata also proved his worth with practical actions. For Manchester United, who has a lack of bench depth, Mata is arguably the most reliable bench player, who can contribute as long as he plays. Whenever he was put on the starting lineup, Mata's performance was always bright and stable. People like to use good old people to describe players like Mata. In fact, such a low-key, calm, gentleman-like player is more like a diamond. He always plays a role when the team needs it. Manchester United is about to usher in the devil's schedule, and we have every reason to believe that Mata can continue to shine for Manchester United during this difficult time.